The Viking Way To Power 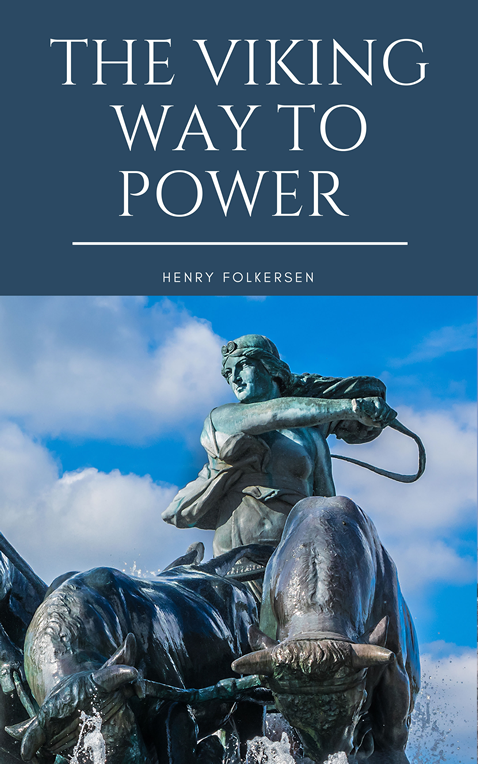 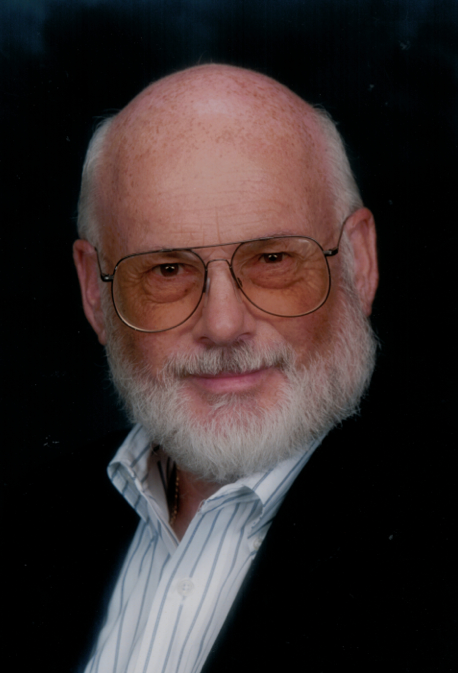 Then the music of the sounds of Copenhagen rises up, and I feel the spirit of Gefion in the air, in the water, and in my mind.

My boyhood was spent in Denmark, Norway and England, and then my family moved to Canada. In my early career I gained a background in civil engineering, leading to the business of commercial real estate development. After relocating to Florida, my passion took three paths, sailing, development of real estate, and storytelling with emphasis on the Nordic legends.

Most recently The Viking Way to Power, a motivational book based on the legends, was published as a Kindle e-book, so joining my previously book The Bahamas Chronicle. Now being mostly retired I concentrate on managing the investments of the Folkersen Family Trust.

Then the music of the sounds of Copenhagen rises up, and I feel the spirit of Gefion in the air, in the water, and in my mind.

I listen, and the music of the city gladly announces that I have been tested and found worthy.  I have done as both my uncle and Gefion wished.  I have written the story of the Viking way to power.

Thank you to The Carlsberg Foundation for commissioning the development of the Gefion Fountain in 1897, and to Anders Bundgaard the sculpture who completed the work in 1908. Also to the fine people of Copenhagen who have taken good care of our fountain all these years. Without them I would not have a story.

The Icelandic Sagas, together with archeological findings, form our knowledge of ancient times in the Nordic lands, Scandinavia.

The legend of Gefion is likewise recorded in the Sagas and we must give the ancient skalds credit for having vivid imaginations, for surely the Island of Sjaelland where Copenhagen is located did not get carved out of Sweden, nor was Sweden really a country two thousand years ago. Odin himself, later, after he had established Denmark by obtaining the allegiance of the local chieftains, moved further north and did the same in Sweden.

A vivid imagination is a wonderful gift. We can imagine that the origin of the Gefion Legend involved Gefion using trickery and cunning to bring Sjaelland under the control of Odin. As a reward, the Sagas further state that Gefion married Skjold, a son of Odin, and thus became the matriarch of the dynasty of the Skjoldings that governed the land after the demise of Odin.

Having now further embellished the legend by applying the principles needed to gain power, we must wonder even more about Odin, who had the power to motivate Gefion to her conquest. He tested her and found her worthy to carry on with the kingdom of the Danes that he founded. The kingdom still exists to this day as one of the oldest continuous kingdoms in the world.

The Viking Way To Power

PURCHASE BOOK
A fantastic read for self-help and motivation, for Norse Mythology, and a journey of self discovery.   How would he take Gefion’s fountain out of Copenhagen and back home, and why did Uncle John give it to him?   What were Gefion’s secrets, and how did the define The Viking Way To Power? 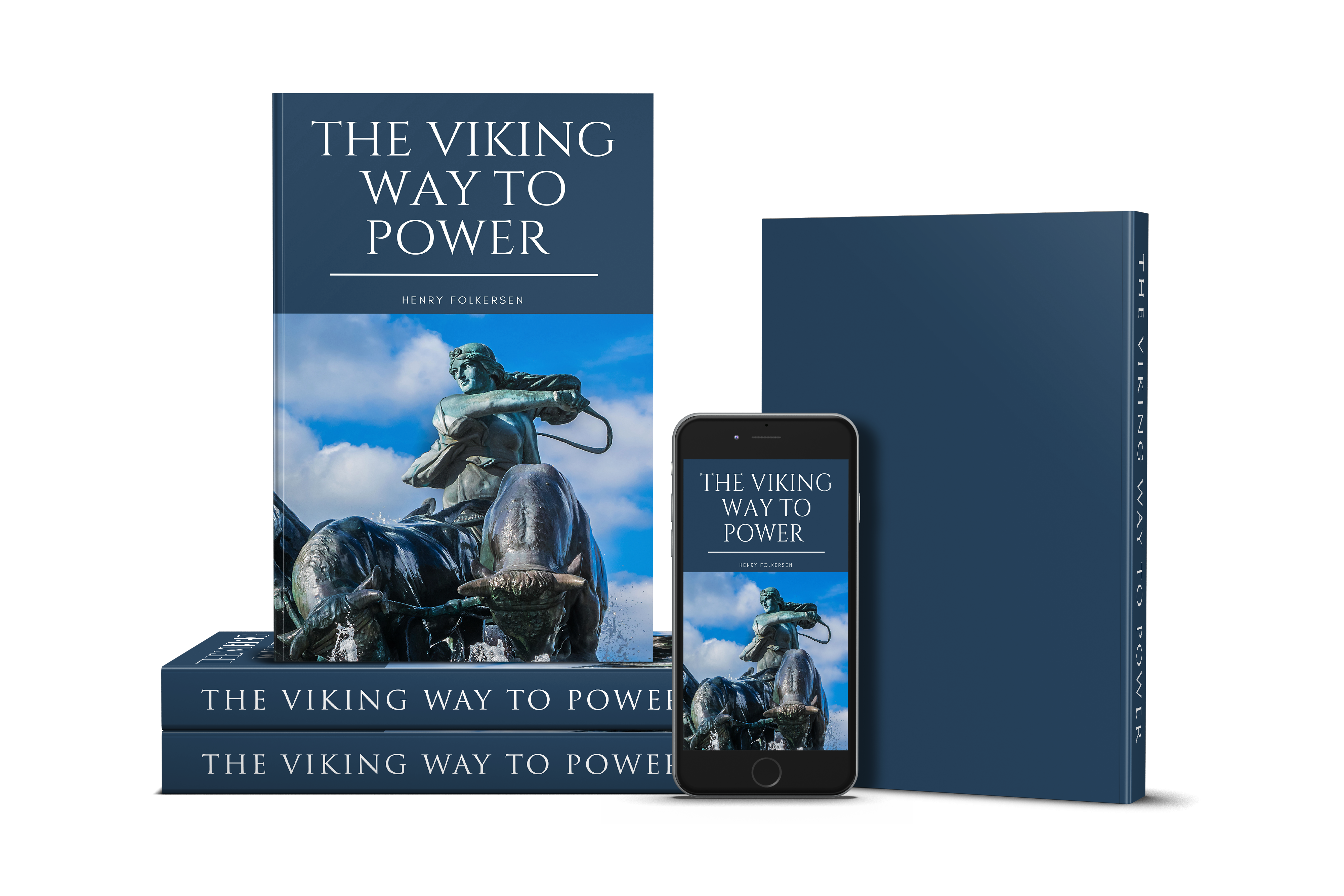 Early Scandinavian history was handed down by oral tradition until it was finally written down perhaps a thousand years after the stories began. While we associate Vikings with tales of fierce warriors of the sea who raided the villages of England and discovered America, they fortunately left other legacies that have been absorbed into our present thinking without much regard for their origin. The greatest legacy must be the fantastic sagas of their gods and goddesses, such as Odin, Thor, Freya, and many others who are currently most popular in TV shows and games. While the stories are indeed fantasy, many are most likely based on underlying truths.

For example, Odin was a real man who arrived in Denmark about two thousand years ago and became Denmark’s first king. His stronghold still exists as the city of Odense. Likewise, many of his entourage may have been transposed into heroic god characters because great storytellers have had fifty generations to embellish the tales. The Viking Way to Power further embellishes two of the legends. Heimdall in the Song of Rig sired the three social classes of thralls, freemen, and nobles, and his description of the distinctions form the framework for how each rank manages their life while contributing to the nation as a whole.

The Legend of Gefion demonstrates that by inspiration and motivation it is possible to achieve great personal growth and success and move from the lowest rank to the highest. Gefion was offered as much land as she could plow around in a day. Using four oxen she laid claim to a large parcel of land, but she had to use trickery to take possession. Her time limit demonstrates the necessity of planning and time management, and the four oxen are used to describe the four skills needed to succeed in any venture.
The process followed by Gefion is as apropos today as it has been through the ages, yet the ways must be learned by those of each generation who aspire to gain the full measure of power that destiny has allotted to them.

Power in the Viking sense isn’t measured in wealth or in physical strength. These are the benefits and rewards of power. Viking power is measured in the scope of the personal vision for the future and the strength of the resolve to reach it; this story describes both how to develop a vision for the future and how to gain the strongest resolve for reaching it. Power is therefore determined by how courageously victory is pursued, rather than by the size of the plunder. The utmost power, as demonstrated by Gefion, is the power to direct the course of destiny. Gefion’s power is the basis upon which a dynasty has persevered for more than two thousand years, surviving to the present day.

The Viking Way to Power, apart from involving the two legends, is also a personal tale, for while I was born in Gefion’s realm I gained much insight into the success and failure of business ventures by being a commercial real estate developer in Canada and the United States. I have witnessed a hundred businesses strive and succeed or fail, including retailers, professional practices, and trades. The four elements described in this book apply to everyone, regardless of the nature of the venture.

We therefore follow Gefion as she shows the way, but hidden behind her stands Odin, who has an even greater plan of his own.

In keeping with the spirit of the Viking age that still moves in all who quest for power, raise then the drinking horns and drink deep.

To victory or death, there can be no surrender.

We begin the journey. 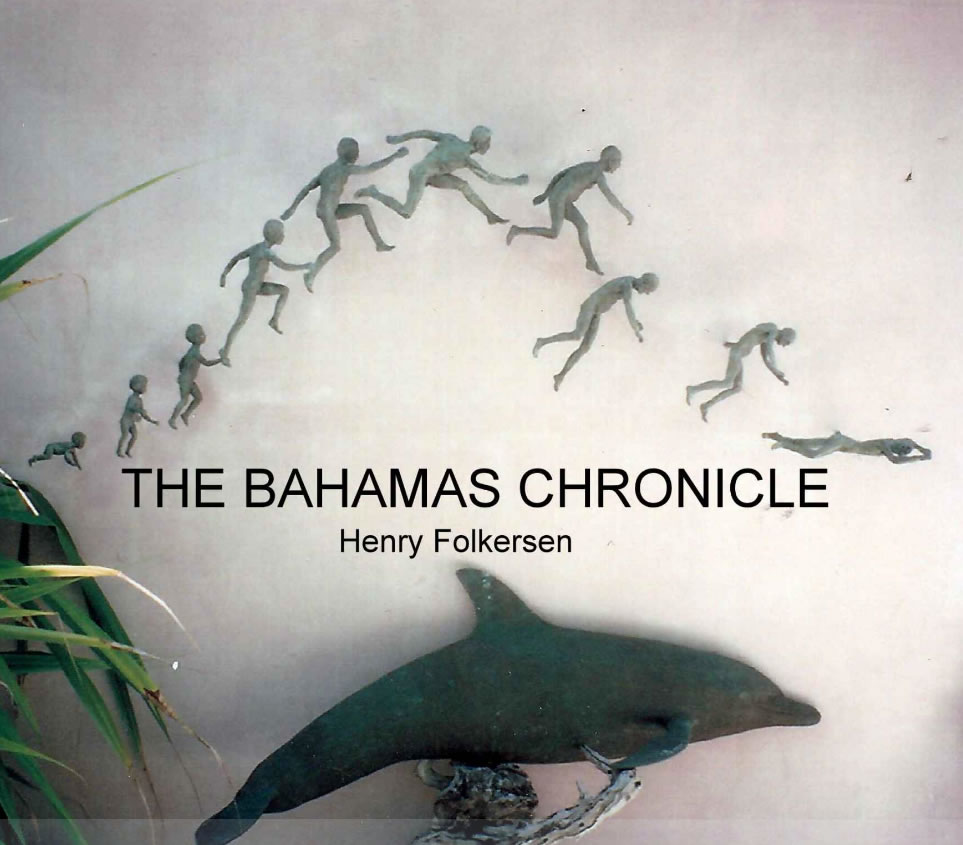 OTHER BOOKS BY HENRY FOLKERSEN:

It is a story about Nes Reklof, a charter captain who is asked to deliver an old sailing yacht, that had its engine removed, from the Virgin Islands to Palm Beach, Florida where a new engine would be installed. While preparing for the voyage he met Old Jake, a man so ancient that he remembers when the islands were sold by Denmark to the United States. They find that they have one thing in common. They each have a small painting of the boat with mysterious inscriptions that proclaimed that when the owners meet, the dolphin would speak. They also discovered that while the boat was now named Hamburgers, its original name was Dolphin, and Old Jakes father, who was lost at sea when Old Jake was a small boy, then owned it.

The voyage starts with Old Jake on board, and it becomes a journey of great discovery. A letter written by Old Jakes father is found with the profound proclamation that due to vibrations in the rigging the boat attracts dolphins of unusual abilities; with the engine removed these vibrations have returned and the pod of wise dolphins appear. Old Jake has a special gift of distance viewing and mental telephony, and finds that he can intrepid the thoughts of the dolphins.

Nes Reklof finds that as a result of a childhood experience the dolphins can tap into his thoughts and understand him. Together the two has incredible dialogue with the dolphins. It becomes a journey of discovery, not of lands but of life itself.

The vessel is lost in a terrible maelstrom, and Old Jake is washed overboard. Nes Reklof goes down with the boat and drowns. In his near death experience the gates of knowledge are opened and he learns the answer to the most perplexing question asked by mankind. He comes to know why God created the universe, why there is life, why we are here.

There is an element of intrigue is woven into the story line. Due to his special abilities Old Jake has been identified by the government and is being watched. When he disappears from the island, his watcher reports to his superiors. As there is a vague Cuban connection, they call a meeting attended also by a Dr. D, a woman studying dolphin communication and other paranormal phenomenon.

Upon hearing the story Dr. D chartered a plane and heads for the Turks and Caicos Islands, chartered a boat and sets out to find the missing yacht.
In his drowning moments Nes Reklof is overwhelmed by his discovery of the secret of why life exists. He developed an urgency to return to life, and his death is reversed; the dolphins lead him back to the surface.

He is rescued by Dr. D. and as he has saved the floppy disk on which the dolphin conversations were written, he shares these with his rescuer. 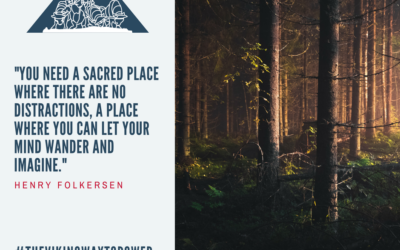 You Need A Sacred Place – The Viking Way To Power

The Viking Way To Power Once you are sitting in your sacred place, it is time to envision your life story as a documentary 10 years in the future. Where are you at? What wealth have you accrued? Picture your life ten years from now as clearly and in as much detail as possible. This […]

END_OF_DOCUMENT_TOKEN_TO_BE_REPLACED 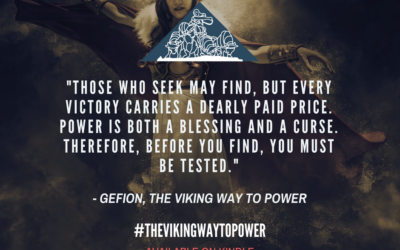 Victory Comes With A Price

END_OF_DOCUMENT_TOKEN_TO_BE_REPLACED 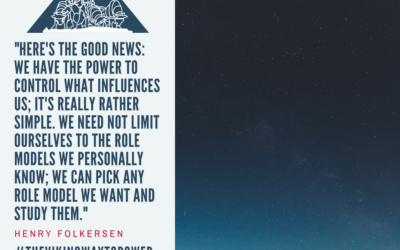 Discover All Books by Henry Folkersen